Dwayne with Cutrite & CQ Drilling — At the Mines at Coppabella Mackay

This was the last wall of a railway bridge in CopabellaMackay that had to be cut and removed. You can see that we have mounted a wallsaw track from top to bottom as we had to do five vertical cuts to remove the wall in panels. 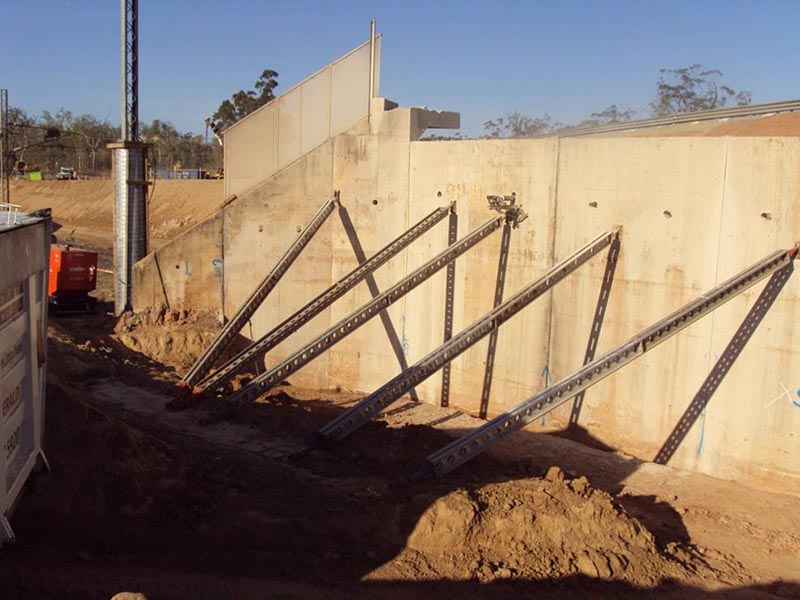 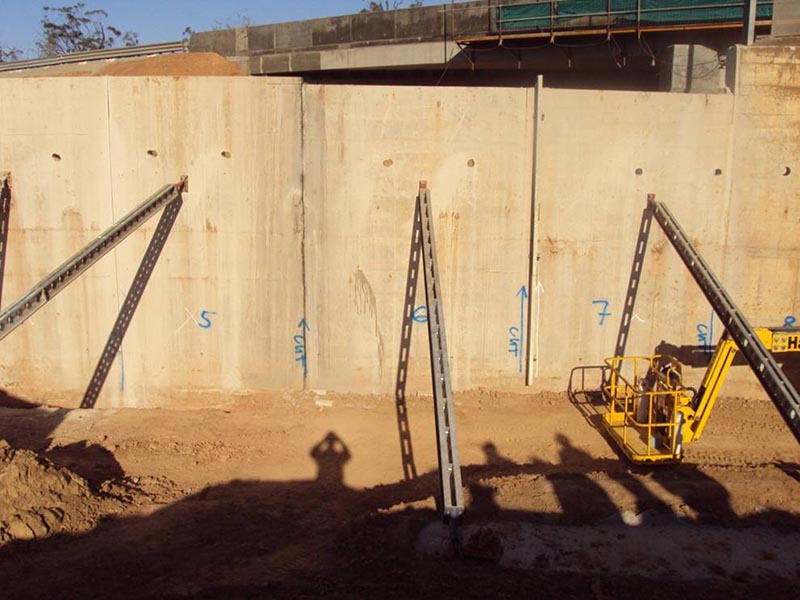 We first had to do a scarf cut across the bottom of the wall first to allow the panels to be pulled over with a bulldozer once the vertical cuts had been completed. As you can see by the sparks there was a large amount of large diameter steel in the horizontal cut. 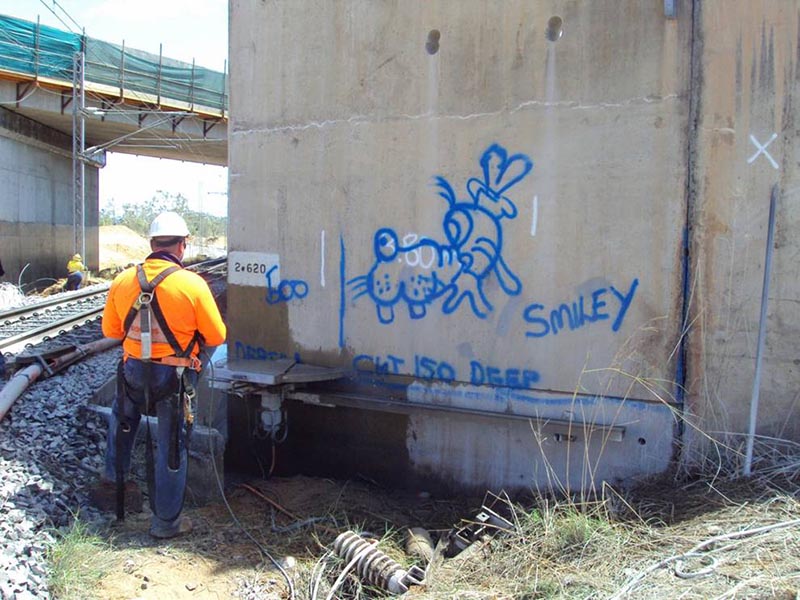 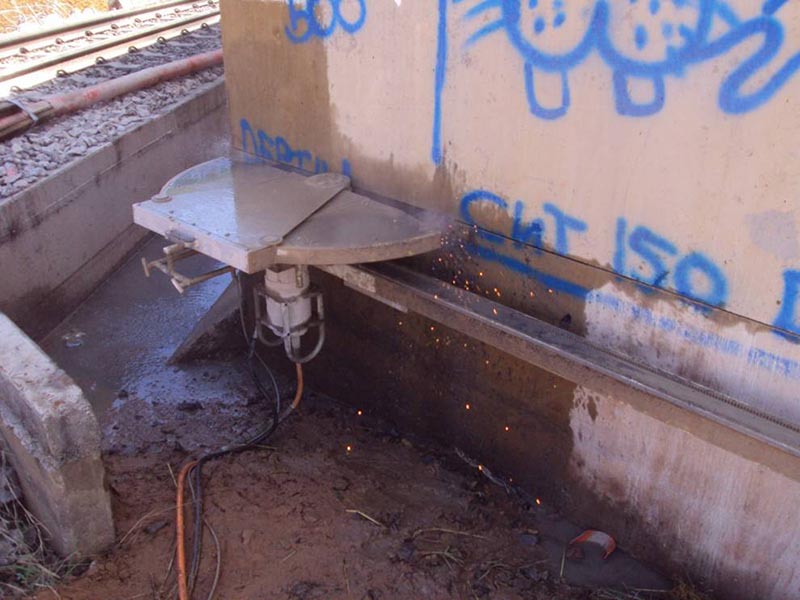 The wall footing after we had pulled the panels over with the bulldozer. A huge amount of steel in this wall! And an end view of the wall with the chains hooked up to the bulldozer ready for the pull.

The start of the vertical cuts on the wall, the wall is 350mm thick, with a 32mm bar running horizontal every 150mm
50mm in on both sides of the wall.

Each one of these cuts was taking 25 to 30 minutes at the 300mm depth at 6 metres long. After the wall was down we had to cut the buttris footing, so that it could be taken out by the excavators without affecting the train track. Cutting depth was around 400mm.

Another photo of the footing, you can see the steel that was in the wall. Smily Dwayne and Rick at the end of the job.